Comedy Tickets Giveaway because Laughter is the best medicine. 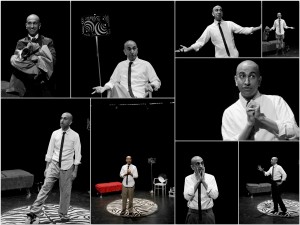 Thanks to Valentine’s day, every single man and woman are now painfully aware of their relationship status. Instead of stressing, how about laughing? At Rajiv Satyal, that is, at his No Man’s Land comedy show in the SOMA district in San Francisco on March 15th.

We are giving away two tickets to the hilarious tale of Rajiv’s dating life, from how a girl ditched him at a Halloween party because of his dance moves to the time a mere crush cost him 12,000 dollars.

Married?  No worries, couples often come and turn the outing into a date night, according to Rajiv himself.

Enter below to win tickets to No Man’s Land and win a night of  fun & Laughter with a friend!!! Because Laughter is the Best Medicine.

Get our latest articles on health & a free e-book on low back pain!